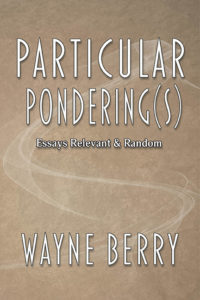 Berry describes PARTICULAR PONDERING(S) as, “A collection of essays which were previously living in the digital blogosphere. This volume also holds ideas, observations, and postulations from me, along with a few quotes from other’s whose lives and writings have impacted me personally and profoundly. They’re offered up together in their various forms: simple sentences; prolonged paragraphs; paged presentations; quotes and paraphrases; snippets from e-mails and digital-realm fragments; axioms and narrative nonsense. A sort of collective hodgepodge of word-work. A semi-cohesive-amalgamation of a sort.”

PARTICULAR PONDERING(S) follows on the heels of Berry’s 2016 Amazon.com bestselling debut book, PONDERING(S), which debuted at #12 on Amazon.com’s “Hot New Releases – Christian Discipleship eBooks” chart, and its sequel, PONDERING(S) TOO, which released in 2019. While the first two volumes are targeted toward specific areas of Christian discipleship and ministry, Berry says the book is more random in its selection of relevant topics.

“This is not a book of opinions as such. You already have your own. You don’t need mine,” Berry explains. “Rather, it’s a collection of thoughts on subjects that I personally think are worth thinking about; core values of a sort. The intent of the content is to stir you to consider certain things from another point of view than the ones you currently have. If reading this book prompts you to think, then I’ve done my job. My goal is to make the data available for private and public pondering.”

PARTICULAR PONDERING(S) releases internationally from WordCrafts Press on July 15, 2020 in trade paperback and all popular eBook formats. It is distributed in the trade by Ingram Content Group. 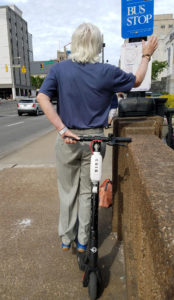 Wayne Berry resides in Smyrna, Tennessee (just outside of Nashville), with Jean Marie, his wife of more than 40 years. He conducts teaching seminars and discipleship training sessions in the U.S., Cuba, and five African nations (South Africa, Zimbabwe, Namibia, Kenya, and Botswana). He is the founder and mission coordinator for OUTBOUND MINISTRIES INTERNATIONAL.

All profits from book sales go directly to funding mission sojourning to the African continent.