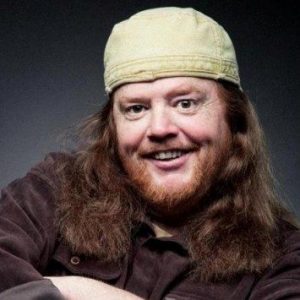 Torry Martin has a long list of accomplishments as an actor, author, storyteller and a standup comedian. He chooses to use his gifts for laughter, writing and entertaining to bring serious messages to audiences through the softening blows of humor. After telling a typical “Torry Story” revolving around his own blundering and misfortune, Torry pulls in the spiritual lesson in a sometimes subtle way. “If I can keep them laughing while they’re learning it doesn’t hurt their brains as much,” he explains.

Torry has written for Adventures in Odyssey, a children’s radio series produced by Focus on the Family. For this self-proclaimed “hippie-for-the-Holy-One,” the melding of talent and faith have also resulted in the release of several books, including Under the Circumstances, and What a Character, both are collections of comedy sketches about Christian life. Published by Lillenas Drama, the books are available in Christian book stores worldwide. While the sketches rely heavily on comedy to convey their messages, they also harbor moments of drama, often pulling no punches to get the point across.

Torry’s new book, Shameless Self Promotion, co-authored with his friends Mike and Paula Parker, released in the Summer of 2011. To learn more about Torry Martin, visit him online at torrymartin.com.