Not many comedians make the cover of The Wall Street Journal, have warmed up thousands of audiences for Hollywood’s top sitcoms, are a staple on SIRIUS radio’s Laugh USA, or have released eight comedy projects.

Robert G. Lee is a seasoned comic who comes armed with a refreshing clean relatable act. He’s been entertaining audiences behind the scenes on Hollywood sitcoms such as Golden Girls, Wings, Old Christine and One Day at a Time for over three decades!

Whether delivering laughs nationwide on his DryBar comedy special or writing punchlines for produce on Veggie Tales, Robert’s clever, slice-of-life observational material along with his impish and punchy storytelling style is always a guaranteed audience pleaser.

Now, with his first book, What’s the Big Idea? A Comedian Explains God, the Universe and Other Minor Stuff, he’s taking his comedic sensibilities from the stage to the page.

If you’d like to follow Robert on any number of social media sites, please go to www.RobertGLee.com. If you’d like him to entertain at your event just email him @ info@robertglee.com. If you want to berate him for any reason, please scream into your pillow and then let it go. 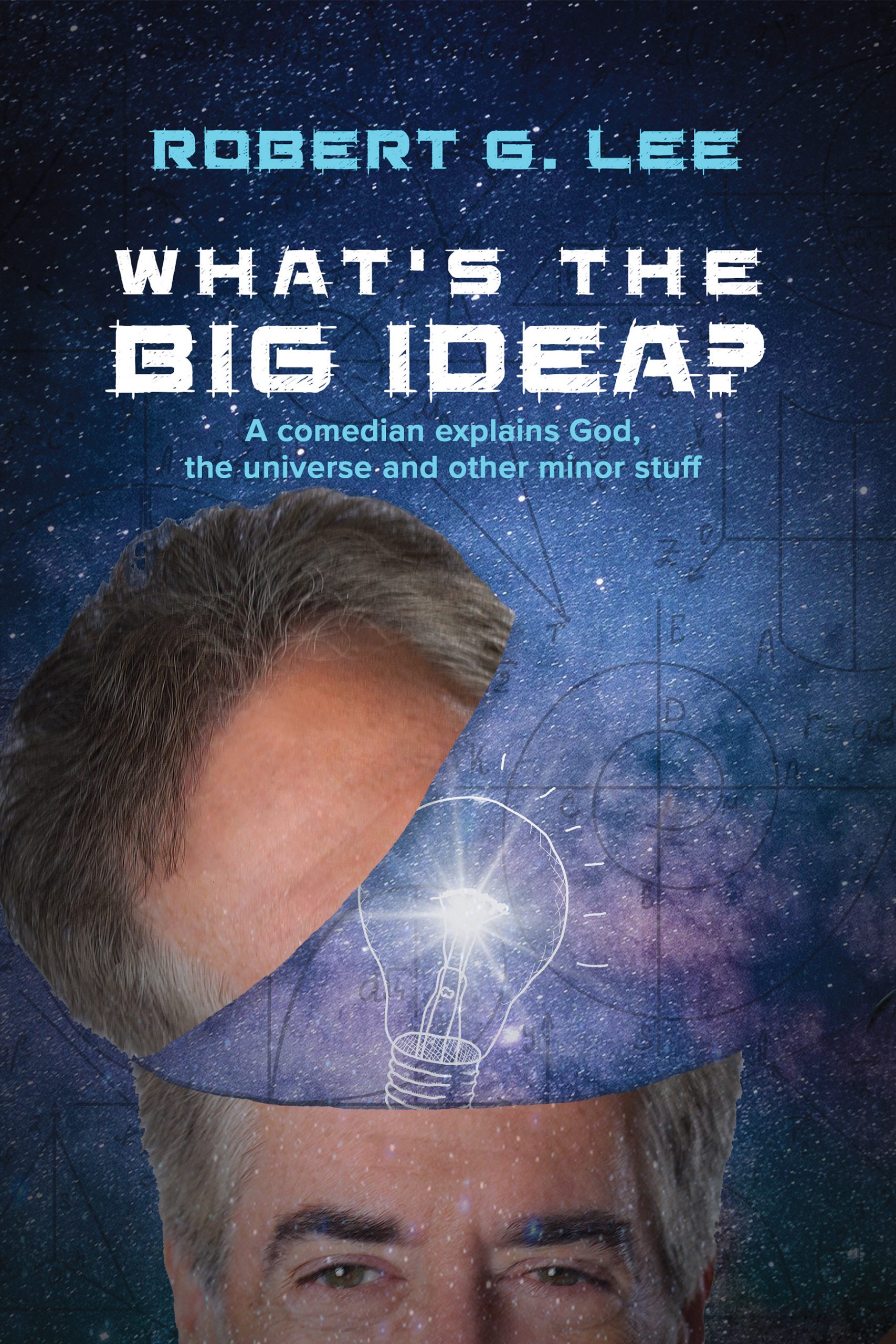 A Comedian Explains God, the Universe and Other Minor Stuff

We currently have a cynical society, one that has increasingly turned away from Christianity. The traditional methods of communicating the Good News are failing. But humor has a way of breaking down barriers. Comedian and author Robert G. Lee thinks the only way to reach the next generation is to speak their language; namely sarcasm. In his new book, What’s the Big Idea? A Comedian Explains God, the Universe and Other Minor Stuff, Lee examines the intersection of faith and science, hopefully proving that you can believe in science, be a Christian, and still have a sense of humor.

“The message is unmistakable,” Lee explains. “The first third of the book looks at how an Intelligent Designer created our universe, our world and our bodies. The middle section unpacks who that Creator is, and the final third lays out why we need to believe in God, even though our world is currently broken.”

I don’t think I’ve ever enjoyed a comedian more. It takes a great talent to be funny in a clean way in our culture, and boy, Robert, you scored tonight.