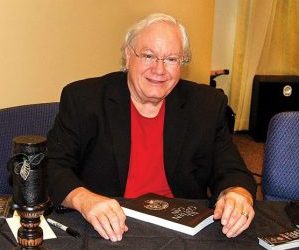 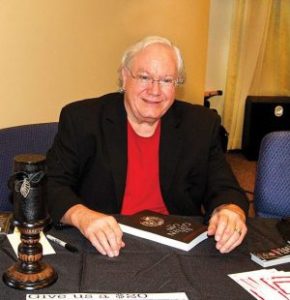 Ralph Jarrells entered the field of writing novels late in his life. He retired from corporate America eight years ago and began an award winning video production company that specialized in creating video programs for ministry and mission organizations. So far, his work has received 18 international creative awards.

He retired from a successful career in marketing, advertising and publishing that included senior executive positions with major corporations – Sr, VP Marketing with an international franchise company, VP Marketing with a NYSE company, VP Account Supervisor for the worlds largest advertising company and Editorial director for a major trade magazine publishing company.

Although writing had its place in all of his business responsibilities, writing the “Great American Novel” was never in his plans. While discussing a story idea, a work associate challenged him to write it as a novel. That was 40 years ago. The novel was an on again off again process for the next four decades. With the encouragement of his wife, he actually completed novel number one, ill gotten gain, a plausible, if not believable fictional account of the movement in time and space of the 33 coins Judas was given for betraying Christ.

“This is a good example that you are never to old to start a new chapter in your life,” Jarrells said. “At 73, maybe I should think about fishing or rocking in a chair over looking the ocean, but I never liked fishing and even though looking at the ocean sounds interesting, I think I wouldn’t be able to take more than one day of that without something to do. Finishing the novel was an accomplishment and having it selected by a publishing company was an honor. Now for number two and number three.”