Marie Sontag enjoys transporting middle grade and young adult readers to various time periods and locations by creating stories that bring the past to life. Her fifteen years of teaching middle school and high school have given her insight into what students find entertaining, and her B.A. in social science and M.A. and Ph.D. in education provide her with a solid background for writing historical fiction.

Born in Wisconsin, she spent most of her life in California, but now lives with her husband in Texas. When not writing, she enjoys romping with her grandkids, playing clarinet and saxophone in a community band, and nibbling red licorice or Tootsie Pops while devouring a good book. 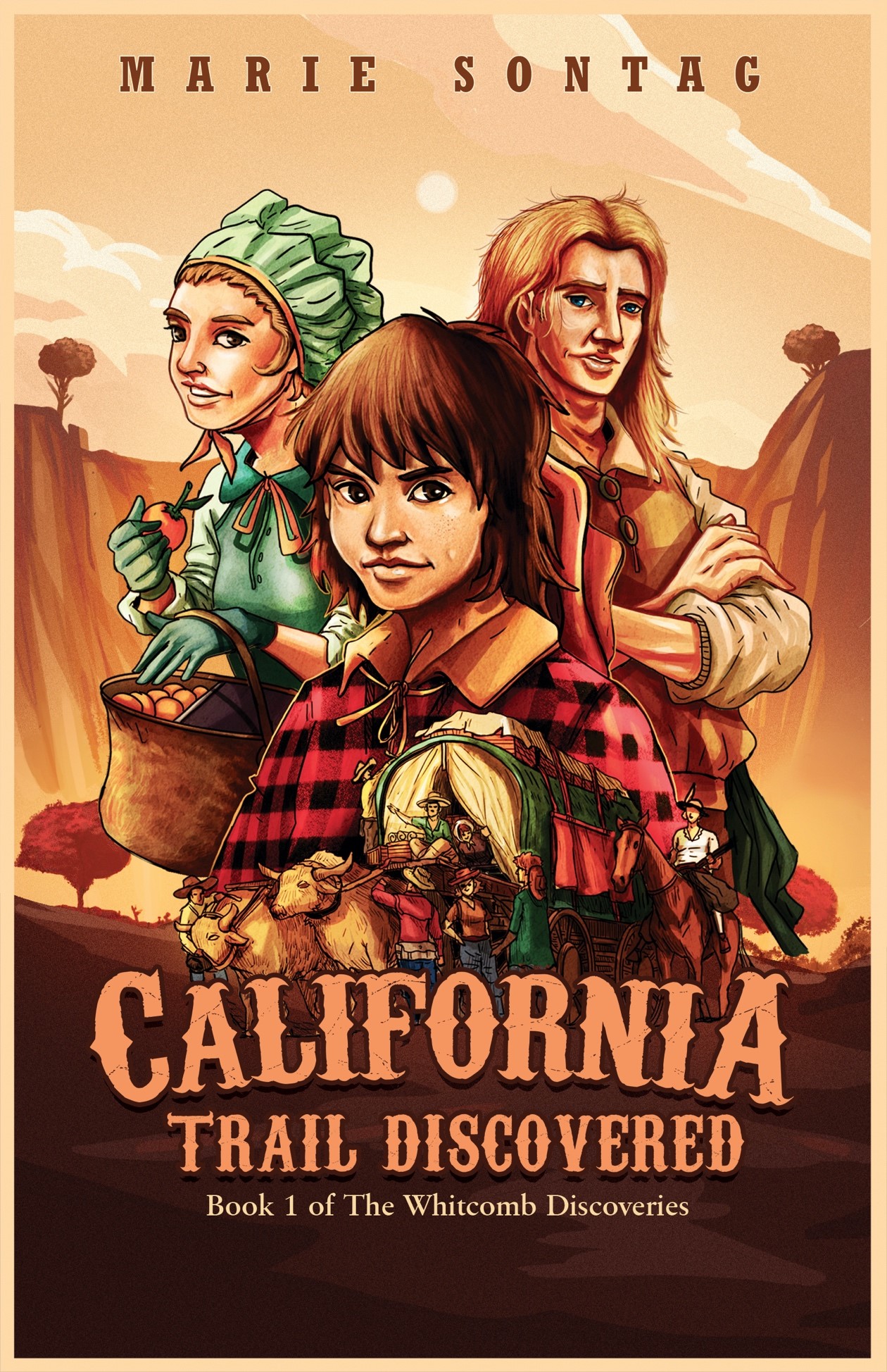 After a mysterious house fire kills 13-year-old Daniel Whitcomb’s parents, he and his younger stepsister, Hannah, must move West with their guardian. Orphaned, and desperate to find a way back home to Illinois to solve the mystery of his parents’ deaths, Daniel’s trail leads him on an unexpected path. The rigors of travel by wagon train take their toll as the pioneers ford streams, argue over their chosen route, and deal with sickness, a shortage of food, and death.

Along the way, Daniel becomes friends with historical figures such as Virginia Reed, a teen survivor of the Donner Party, and Jim Savage, leader of the Mariposa Battalion, one of the first whites to discover Yosemite Valley. But can his new friendships ever fill the hole left by his parents’ deaths?

Sontag’s Mediterranean world is a vivid one, and the story makes clear that even thousands of years ago, residents of the region were well-traveled and knowledgeable about their realm . . . individuals looking for curriculum-based fiction may find the book a valuable tool.