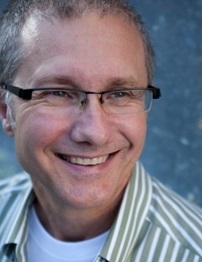 J.E. Lowder has played bass for Shania Twain, been charged by a black rhino while on safari, and visited the Oval Office. He honed his love for both music and writing while in high school when he went backstage to interview such artists as Bob Seger, Rush and Kansas – “sorta like “Almost Famous” but without Kate Hudson!” he quips.

Lowder draws from all these experiences and injects a healthy dose of pure imagination when crafting his debut fantasy series, The War of Whispers. He points to the a quote by G.K. Chesterton as the summation of his writing philosophy: “Nay, the really sane man knows that he has a touch of the madman.”

He is married, the father of four wonderful children, and is a proud grandfather. He lives near Nashville, TN where he continues to write. An avid biker, Lowder says he is “always on the prowl for adventure and stories.”