In the Company of Dogs Releases 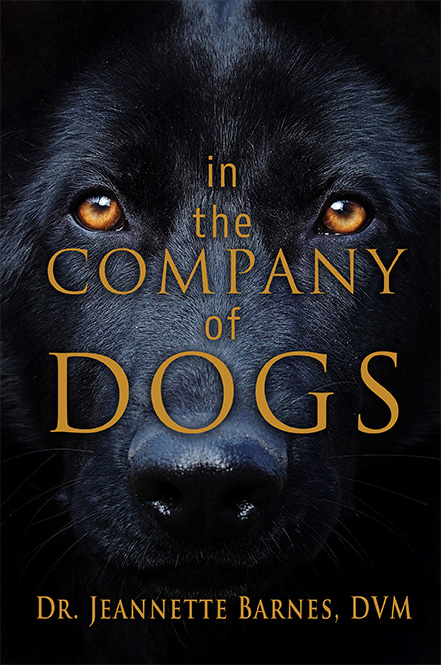 Dr. Jeannette Barnes, DVM, is pleased to announce the release of her first book, In the Company of Dogs. This fascinating account of how Dog became Man’s Best Friend released today, Wednesday, May 16, 2018 in hardback, trade paperback and all major ebook formats from WordCrafts Press.

Dr. Barnes has a passion for dogs that extends far beyond her calling as a veterinarian, and into the realm of history, anthropology and the shadowy regions of myth and lore—all inspired by their fascinating ancestry and development from wolves.

“All dogs, from the tiniest two-pound toy Yorkshire Terrier to the massive 200-pound Irish Wolfhound, emerged from this undomesticated animal,” Dr. Barnes muses. “Do you want a small cuddly dog? Someone already developed the perfect dog just for you. How about a large, powerful hunting breed? Exactly the right dog exists. We’ve got dogs to sniff out cancer; dogs to dial 911; dogs as military heroes.”

Inspired by the intimacy, longevity, and depth of the relationship between people and dogs, Dr. Barnes set out to show that dogs were not solely instinctive beings; but imbued with spirit and the desire for service.

“There is a spiritual connection between dogs and humans,” she insists. “I believe they were designed to be man’s helper. But more than that, they have a long and fascinating history with man, as hunters, companions, demi-gods, and as a source of beauty and pride. I can think of no place I would rather be, than In the Company of Dogs.”