In Search of the Beloved Releases 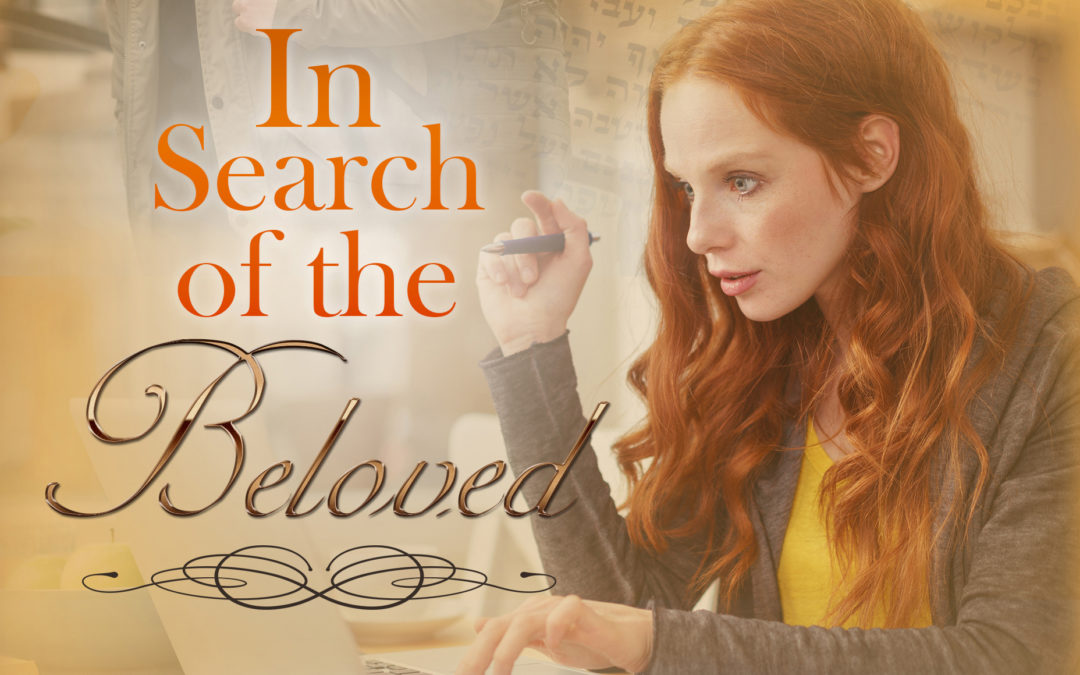 Pulitzer Prize nominee Marian Rizzo is pleased to unveil her sophomore novel, In Search of the Beloved, which released to retail last month from WordCrafts Press.

“The 21st chapter of the Gospel of John details a peculiar comment by the resurrected Jesus Christ,” Marian muses. “He has just told Peter that he will die a martyr’s death, and Peter points at John and asks, ‘What about him?’ Jesus answered, ‘If I want him to remain alive until I return, what is that to you?’ John’s Gospel goes on to say that a rumor spread through the church that John wouldn’t die before the Second Coming of Christ, and John tries to dispel that rumor by explaining that wasn’t what Jesus said at all. Still, it makes for an intriguing premise for a novel.”

In Search of the Beloved explores an ancient prophesy from a contemporary, journalistic perspective. Julie Peters is an intrepid young newspaper reporter, in a day when newspapers are folding fast. She has lost at love, she’s lost her home and family, and she’s about to lose her job… unless she can deliver on her next assignment.

“It’s a simple assignment, really,” explains her hard-nosed editor, Andy. “There will be some long distance travel involved. You’ll fly to Ephesus and spend a couple of days doing on-site research, then you’ll head to the Isle of Patmos.”

Patmos? Julie bit her lower lip, the sinking feeling that she was being set up to fail tied her stomach in a knot. “The island where the Apostle John was supposed to have been exiled? Why?”

“There have been reports from credible witnesses that John might still be there,” Andy replied. “Waiting for Jesus to return. I want you to find him.”

Julie is incredulous that a respected newspaper would pursue such a ludicrous story. She is even more stunned when she learns her traveling companion, an expert in ancient Mediterranean civilizations, will be none other than her ex-boyfriend, Mark Benson. But the lure of the exotic locale, and the opportunity to redeem her career, convince her to take the assignment.

“I am not a novel guy, but Marian Rizzo’s In Search of the Beloved drew me in from the first page,” declared Dr. Woodrow Kroll, Creator of The HELIOS Projects and host of the Back to the Bible radio show. “I love how she weaved her characters in and out of the search for the Apostle John. Great read.”

“Marian Rizzo is a gifted storyteller, whether it be for news reporting or fiction,” added longtime journalist and newspaper editor Susan Smiley-Height. “She has a keen eye and ear for the intricacies of a story, which translates into powerful narratives. Marian can turn the mundane into the magnificent through the masterful weaving of character, context, and scene-setting.”In Search of the Beloved debuted at #11 on Amazon.com’s Bestsellers in Contemporary Christian Fiction chart and climbed to the #2 position. It remains in that category’s Top 25 titles. The novel also impacted the online retailer’s Hot New Releases in Contemporary Christian Romance chart.

In Search of the Beloved is published in the US by WordCrafts Press and distributed globally by Ingram Content Group, the world’s largest distributor of physical content.

Pulitzer Prize nominee Marian Rizzo has been a journalist for 28 years with the Ocala Star-Banner Newspaper, part of the Gatehouse Media Group. Now retired, Marian has continued to work with the Star-Banner as a correspondent. She’s won numerous awards in journalism, including the New York Times Chairman’s Award and first place in the annual Amy Foundation Writing Awards.

Marian lives in Ocala, Florida, with her daughter Vicki who has Down Syndrome. Her other daughter, Joanna, is the mother of three children. Grandparenting has added another element of joy to Marian’s busy schedule, which includes workouts five times a week, lots of reading, and lunches with the girls. Visit her online at Marianscorner.com