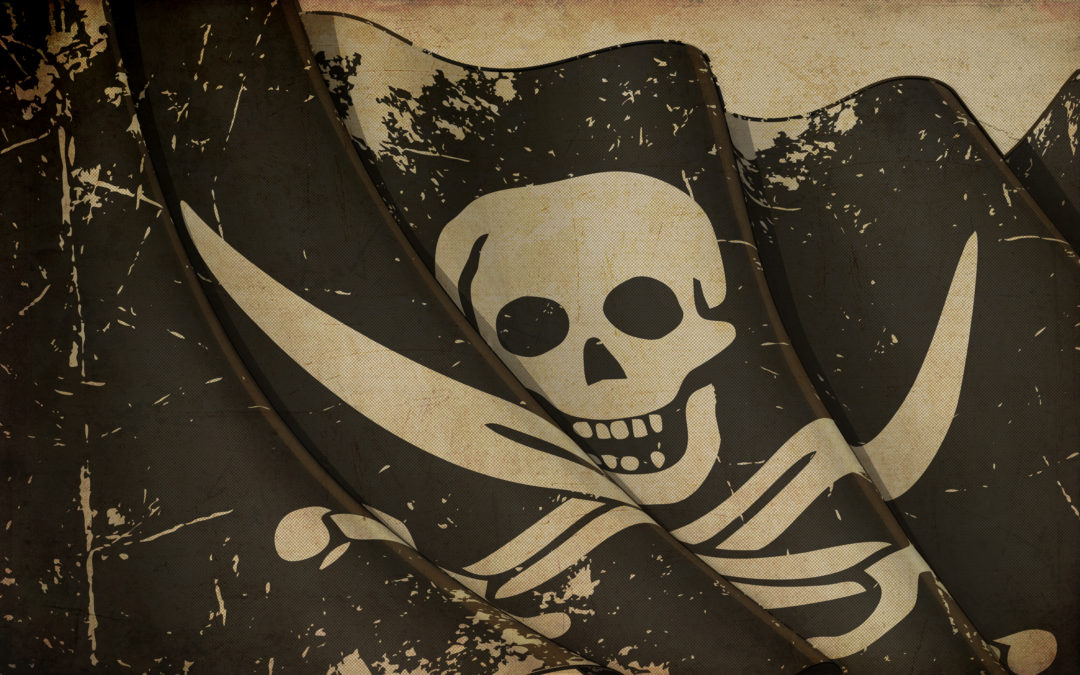 Novelist Ralph E. Jarrells and WordCrafts Press are pleased to announce the release of the first person historical novel Fiery Red Hair, Emerald Green Eyes, and a Vicious Irish Temper, the true story of Anne Bonny, the world’s first female pirate, in her own words. The novel released to retail today, Wednesday, September 18, 2019, and is available from major online retailers including Amazon.com, BarnesandNoble.com, and BooksAMillion.com, and in fine bookstores both nationally and internationally, in hardback, trade paperback, and in all major ebook formats. 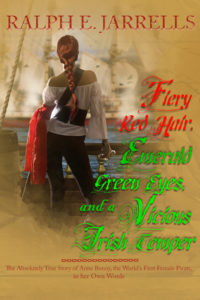 “At WordCrafts Press, our motto is We Tell Stories,” said publisher Mike Parker, “Ralph E. Jarrells is a master storyteller. As a resident of the story-haunted lowcountry of South Carolina, Ralph has plenty of fodder for his imagination. He inhabits the persona of the world’s most famous female pirate, allowing her to tell her fascinating story in her own words. Did it happen that way? I don’t know. But if it didn’t… well, it should have.”

In the mid-1700s it was rare for a woman, any woman, much less a silver-haired, 56-year-old woman, to own and manage a large plantation.

But then, Anne Cormac was a rare woman.

In addition to her other business and philanthropic enterprises, Anne owned and operated the highly successful Goose Creek Plantation—400 acres of prime farmland which produced fine, long-strand cotton, a substantial indigo crop, rice, fodder for the animals and vegetables for her household. Miss Anne, as she was known in Charles Town, South Carolina society, was the money behind the

local banks who managed the trade through the Charles Town port. And she was the driving force in the development of Charles Town’s Cormac Theater, renowned for rivaling the finest theaters in England and staging the best Shakespearean productions in the New World.

While Anne Cormac began and ended her life with that particular name, it was the name she used in the in-between time for which she was, and is, most widely known. For in her impetuous youth, Anne Cormac was known as:

“When I first heard the story of Anne Bonny, I didn’t believe it,” Jarrells confesses. “I had lived in South Carolina with close family ties to Charleston, yet I had never heard about the first female pirate. Intrigued, I had to know more. As I began to research Anne’s life, it was almost as if she wanted me to write her story from her perspective. That was a challenge, but I am happy to say, I believe I have captured a true picture of this multi-faceted woman.”

Fiery Red Hair, Emerald Green Eyes, and a Vicious Irish Temper, which is available in hardback, trade paperback, and all major ebook formats, is already generating a buzz among readers. The novel debuted on Amazon.com’s Bestseller chart at Number 87 in the Historical Caribbean and Latin American Fiction category, and it impacted multiple Amazon Hot 100 New Releases charts, including the Biographical Historical Fiction and Historical Caribbean and Latin American Fiction categories.