Cherie is a retired Community College teacher who reinvented herself in retirement: she’s an active volunteer, a writer, blogger, and family historian working on a series about a midwestern family, Grandmother’s Treasures. She’s also a geek, who loves to play with technology and write about it. She’s married to retired librarian Mike Dargan and they have two grown children, both married: Jon (and Anna) and Michelle (and Sean), and two lively grandsons, Corbin and Mason.

Her most recent chapter is about the city of Cedar Falls, and its literary heritage. “Mind and Soil: an Iowa Town that Grows Writers.” The Sower and the Seer: Perspectives on the Intellectual History of the American Midwest. February 2021. Wisconsin Historical Press.

Her chapter, “The Realistic Regionalism of Iowa’s Ruth Suckow,” was included in The Midwestern Moment, a collection of essays about Midwestern authors in the 1900’s, published by Hastings College Press June 1st, 2017. 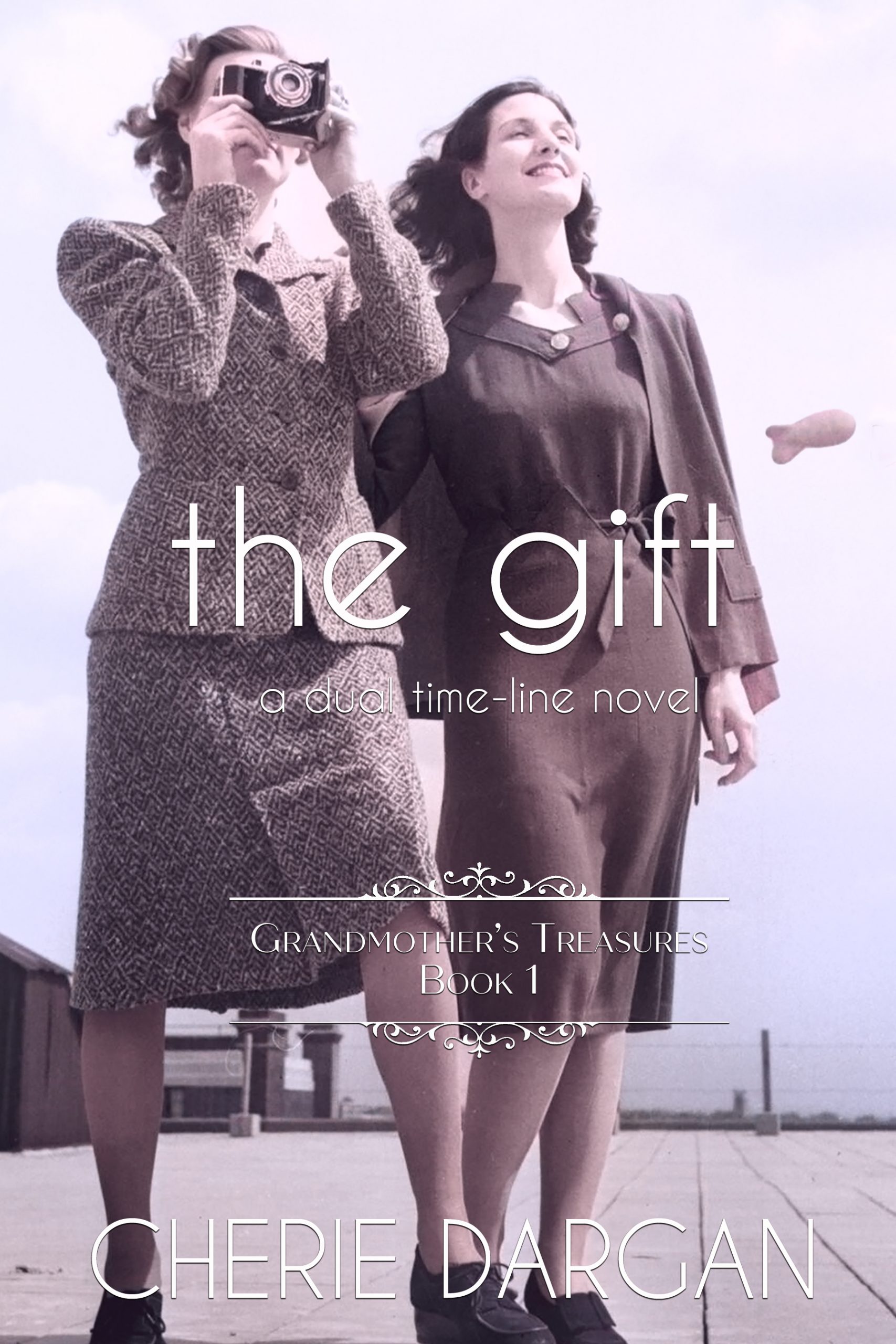 The Gift, takes us back to the days of WWII with a set of cassette tapes telling the story of three Iowa farm girls who went to California to work at an aircraft factory and hospital at a nearby navy base. Grace, a country schoolteacher, and her younger twin sisters Vera and Violet. When they returned, their family would never be the same.

In the contemporary story, Gracie puts together an exhibit of local quilts and tries to resolve the problems in her long-distance relationship with Steve. When Aunt Violet moves to town, Gracie gets an unexpected gift from Grandma Grace, who died two years earlier. Aunt Violet explains that she found it and saved it, waiting for the right time. The gift is a large wicker basket filled with a quilt, two aprons, and several shoeboxes, including a small cassette recorder and a box of tapes. As Gracie listens to the recordings with Aunt Violet, she hears her grandma Grace tell a story about her family and the “California” patchwork quilt, hidden away for sixty years.

“Quilt lovers will flock to this novel which offers mystery, love, betrayal, and family reconciliation played out in two connecting eras.”