Home > Books > The Trouble With Love

The Trouble With Love 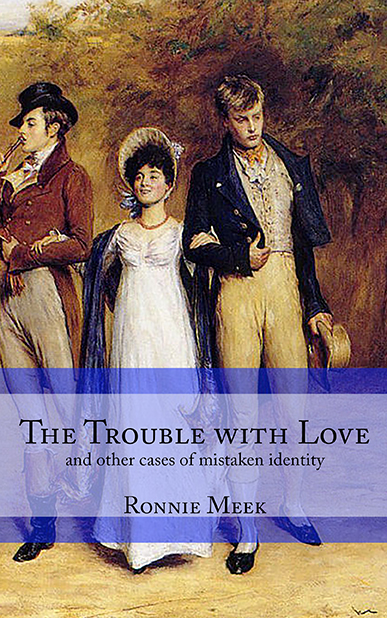 and other cases of mistaken identity.

A hilarious two-act play based on Oliver Goldmith’s classic comedy of manners, “She Stoops to Conquer.”

Hardcastle wants his daughter Kate to marry Marlowe, the son of Sir Charles Marlowe.
Mrs. Hardcastle wants Tony, her son by a previous marriage, to marry his cousin Constance.
Kate finds Marlowe aloof and boring.
Marlowe finds Kate intimidating and boring.
Constance wants to marry Hastings.
Hastings wants to marry Constance.
Tony doesn’t want to marry anybody.
Then there are the family jewels. And an inheritance.
It all comes to a head after a practical joke goes awry in this hilarious two-act play based on Oliver Goldmith’s classic comedy of manners, “She Stoops to Conquer.”