Home > Books > The Table of Truth

The Table of Truth 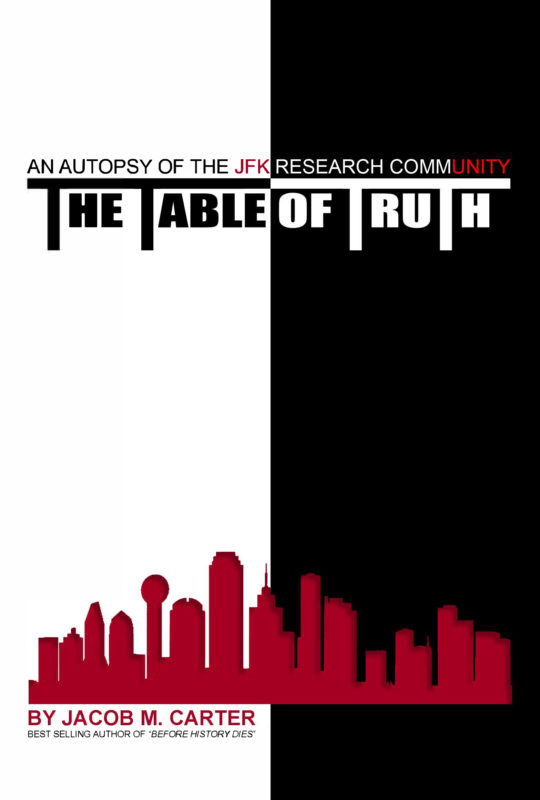 An Autopsy of the JFK Research Community

The Kennedy assassination is a vital part of our national history, but for those who study it, it becomes something more, something…personal.

But what does the release of these previously withheld documents mean to the next generation of JFK Assassination researchers? And will old prejudices and pre-conceived world views hold fast in the face of this newly released information? The Kennedy assassination is a vital part of our national history, but for those who study it, it becomes something more, something…personal. That personalization of history creates a healthy passion that drives research forward. But it also carries the risk of becoming dangerous if researchers lose sight of the original goal for studying this pivitol event—the truth.

There are certain cancers insidiously infecting legitmate research, according to bestselling author Jacob Carter. And they are discrediting decades of meticulous work that past generations of researchers have accomplished. This must be fixed if the JFK research community is to move forward.
With The Table of Truth, Carter attempts to identify these cancers, and encourages reform among his colleagues in the JFK research community, through logic and character.