The Legacy of Mrs. Cunningham 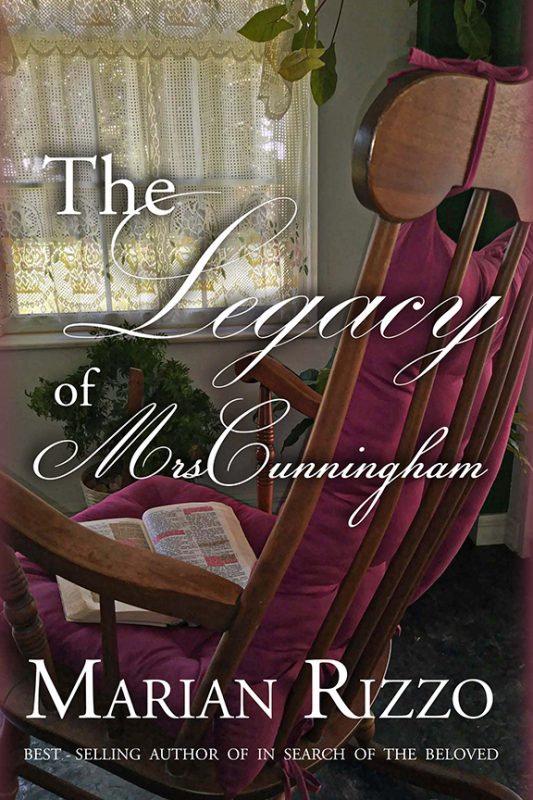 Adele Cunningham had died. And she had lived.

Two hours of personal testimonies proved as much.

Adele Cunningham had died. And she had lived. Two hours of personal testimonies proved as much. Multiple individuals stepped up to the pulpit to share what Mrs. Cunningham had done for them, either through prayers or through advice. The truth was, Adele Cunningham left a legacy that would never die.
Overwrought by the loss of her mother, Judy Cunningham needed a place where she could grieve alone. She sought a path through the swarming crowd. Arms fell like gates at a railroad crossing and blocked her way. She endured the body hugs, the wet kisses on her cheek, and the suffocating mix of perfume and body odors. Mumbling her apologies, she broke free and passed from the living room into the kitchen and headed for her mother’s bedroom. She slipped inside and eased the door shut.
Then, breathing a sigh, she drank deeply of the quiet. A sense of nostalgia took over as she swept her eyes across the four-poster bed, the hand-crocheted granny quilt, and the lacy pillow shams, everything neatly arranged as if Mother had just left the room. On the little bedside table sat a Tiffany lamp, a worn leather Bible, and a box of tissues, remnants of Adele Cunningham’s daily meetings with God.
She approached her mother’s rocker and ran her hand over the curved back.
“Mom’s prayer chair,” she whispered.
This was where Adele Cunningham met God every morning and every night. Judy settled into the chair, shut her eyes, and imagined her mother’s arms enfolding her.She set the rocker in motion and thought about the many notes her mother had left behind for her to deliver. She’d handwritten more than two dozen during her last week in the hospital. One of those little blue envelopes had Judy’s name on it.
She stared at it for a moment, then slid her fingernail under the flap and opened it.