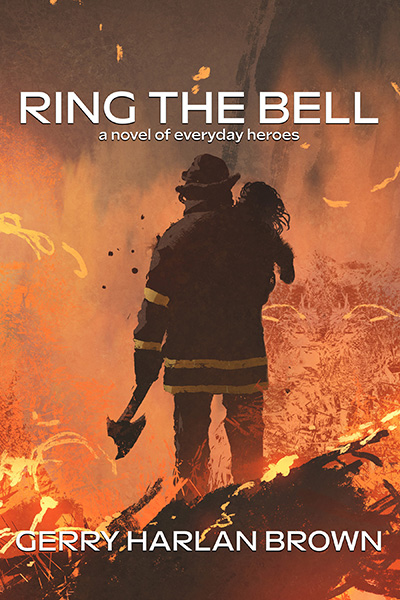 The courage to walk into the flames.

The knowledge to come out when the job’s done.

The courage to walk into the flames. The knowledge to come out when the job’s done.

The memory arrived unbidden, just suddenly there, sharp as broken glass. The child had come to him again, as she had countless times since the first awful midnight years ago. His mouth opened. His lips moved, soundlessly screaming, No! No!

Virginia read about the tragedy in the paper the day after it happened. There was a house fire. A child climbed out a window onto a porch roof. The firefighters were almost to her, but something burning fell from above and knocked her tumbling to the ground. The little girl died instantly.

True to his nature, Wayne had come home from the department the next morning and not said a word about the call. That night, as they lay in bed, Virginia finally brought up the article in the paper. Knowing she was violating their unspoken rule, she asked, “Were you there?”

Virginia felt him shudder. He replied with a simple, “Yes.” Heavy minutes crawled by before he added, “I don’t want to talk about it.”

As Wayne was leaving for his next shift after the fire, he stopped in the doorway and turned back to face her.

“You should know,” he said, “it will not happen again.” The determination in his voice frightened her. “Next time I’ll get that baby, or I won’t be coming home.”