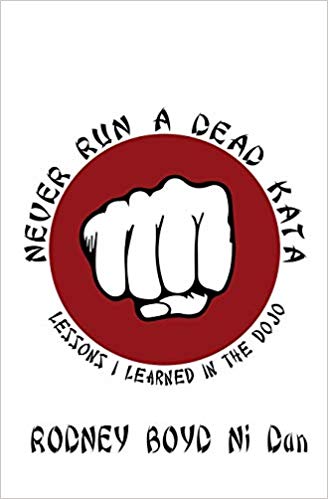 Lessons I Learned in the Dojo

Upon achieving the level of 1st Degree Black Belt, the student is told, “Now you are ready to learn.”

Upon achieving the level of 1st Degree Black Belt, the student is told, “Now you are ready to learn.”

Rodney Boyd’s quest to study the manly art of self-defence was sparked in part by an altercation on the side of the road with an enraged, tire-iron wielding redneck. That incident propelled Boyd into a local dojo where he began his 35-year journey to obtain a black belt in Wado Ryu Karate. Ironically, the style of karate he was pursuing translated into English as the Way of Peace and Harmony.

As Boyd became more proficient in the martial arts, he discovered the black belt virtues of modesty, courtesy, integrity, self-control, perseverance and an indomitable spirit coincided remarkably well with his Christian faith. While the path to excellence in any endeavor is never easy, along the way Boyd learned numerous lessons about love, life and faith. What he learned in the dojo became the basis for his book, Never Run A Dead Kata.