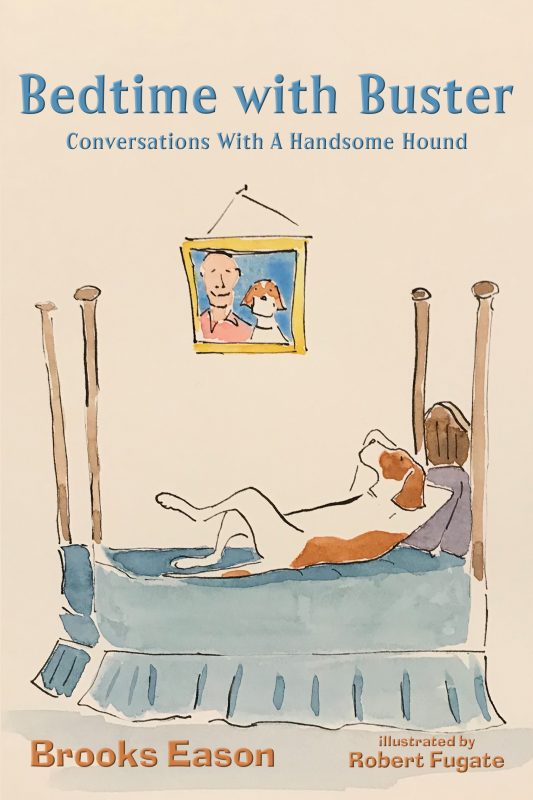 Conversations with a Handsome Hound

Do you channel your dog?

That is, do you speak to your dog and then respond as your dog? In Bedtime with Buster, author Brooks Eason does. And does he ever!

Do you channel your dog?

That is, do you speak to your dog and then respond as your dog? In Bedtime with Buster, author Brooks Eason does. And does he ever

In this hilarious, insightful new book, the author and his handsome hound Buster debate a number of existential questions for dogs: Why don’t they live as long as people do? Why don’t they have thumbs? Why can’t mixed-breed dogs compete for Best in Show at Westminster? And what did a hound dog ever do to Elvis?

Buster is both philosopher and humorist, a four-legged Mark Twain. Buster would be wise and funny if he were a human. For a canine, he’s a doggone genius. Unfortunately, having been told all his life how handsome he is, Buster is also vain. He thinks of himself as a young Sean Connery. When he walks past a mirror, it’s all he can do not to lick the glass.

If you like dogs, funny stories, and great illustrations, you will love Bedtime with Buster. If you have any doubts, just ask Buster. He’ll set you straight.