A Scarlet Cord of Hope 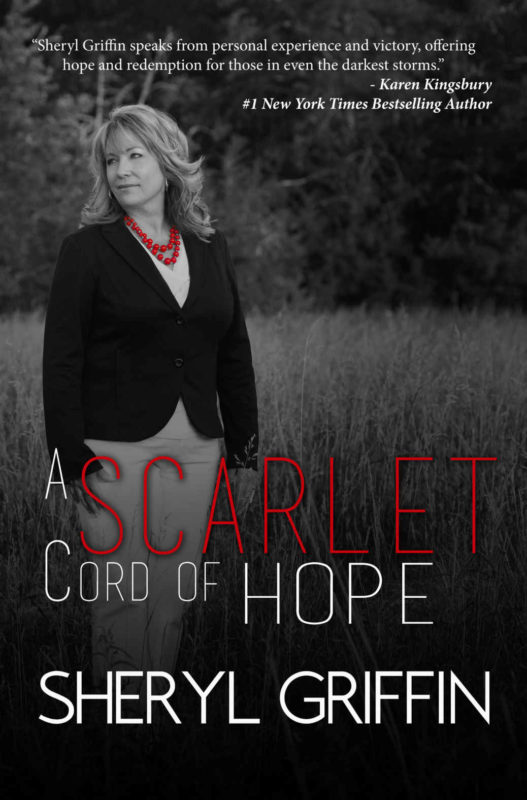 After multiple additional episodes and countless hours of medical examinations, tests and consultations, Sheryl discovered she was suffering from panic attacks brought on by Post Traumatic Stress Syndrome.

This revelation set her on a course of self-discovery, to uncover the roots of the anxiety that was suddenly manifesting itself with such mind-numbing intensity. She wanted to get better, and pursued her recovery with a passion. Little did she know that her healing would require her to pull every scrap of her personal history out from under the rug, to face all of the guilt and fear that had been tightening around her neck like a scarlet noose of shame since troubled childhood.

“God allowed this door to open,” she confesses. “It wasn’t something I would have chosen on my own. It was hard and emotionally draining. I learned there are no quick fixes. God might choose to heal miraculously, but He can also choose to use doctors and medication. Either way is appropriate and Biblical. I started off with a scarlet cord of guilt, shame and fear. Today, that same cord represents God’s redeeming love, abundant grace and unending forgiveness. The very thing that God spoke to me during my darkest days is the same thing He offers to you:

“There is always Hope!”